A Brief History on Gamification

A Brief History on Gamification 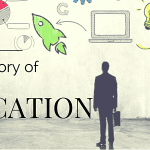 Gamification as we know it today, has only been around for about five years.

The gamification field started to take flight in late 2010, and it took its roots in the idea of using game elements and game designs in non-game contexts to reach various objectives while increasing user engagement and motivation.

Now, although the term has enjoyed a very short and successful history, the concept of using games to “make work fun” has been around for a while.

There have been a large number of events in recent history that have come together to build the booming field that Gamification has become.

Here is a brief timeline of its history:

-1978- Richard Bartle, a world renown game designer and researcher at the University of Essex in England, created MUD1. This program was a text based system that was the first in the world to allow multi-player experiences. It was essentially the first time in history where people could share an online world or reality.

-1980- Thomas W. Malone, a professor at the Sloan School of Business in MIT, wrote a paper called “What Makes Things Fun to Learn, A Study of Intrinsically Motivating Computer Games”, and found how children were able to learn from playing video games.

-1984- Charles A. Coonradt wrote “The Game of Work: How to Enjoy Work as Much as Play”, a book that helped organizations around the world start to imagine ways to make work more enjoyable while increasing engagement and productivity.

-2002- Serious Games was founded by Ben Sawyer and David Rejecsk. This program allowed for the use of games and simulations for various purposes. Their programs were used to train soilders by simulating war environments, thus shaping behaviours and responses to specific situations.

-2004- Games for Change was founded as a platform for different games that helped people understand the complexities of social conflicts and in turn drive social change and humanitarianism within their communities. As an example, one of their games, called Darfur is Dying, allows players to experience the life of the 2.5 million refugees in the Darfur region of Sudan, thus increasing awareness and calling students out to action to stop the crisis.

-2003- The term “Gamification” is said to have been coined by Nick Pelling, a British computer programmer and inventor.

-2007- A variety of companies such as Badgeville, Bunchball, Ripple started to emerge and offer gamification services to different companies.

-2008- Bret Terril wrote a blog on “gameification”, the first recorded use of the word and concept.

-2010- Gamification began to really take off, largely due to a number of conferences and summits that featured speakers like Jesse Schell and Jane McGonigal, who viralized the concept of gamification and got people to start thinking about the potential of gamification and its use in several aspects of our life.

The Gamification Research Network was also established this year, and is a communication hub for researchers and students.

This was also the first year when Gartner included gamification in their hype cycle.

-2011- The first annual Gamification Summit was held in San Francisco, California. The summit brought together top leaders and innovators in game mechanics and engagement science fields.

-Today- The field of gamification has grown exponentially and gained increased recognition on an organizational level, especially as a tool to attract and retain talent.

The future of Gamification will be an exciting one. This field has the potential to save industries millions by simulating training in an immersive and realistic environment that increases motivation and engagement.

If Gamification is implemented adequately, its results can surpass any other learning and development method we have used before. It is time to leverage the power of technology and our knowledge of the workings of the human brain to enhance performance and results in a wide range of settings. Gamification is providing a big step in the right direction.