The Art and Science of Launching a Product

The Art and Science of Launching a Product 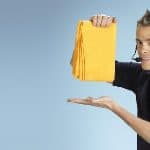 Helen of Troy had an incredibly simple, yet remarkably successful launch strategy. She had a beautiful face and that was enough to launch a thousand ships. The rest of us mere mortals have to learn, fail and over time, perfect the elusive science and art of launch.

Product launches play a very vital role in shaping the expectations of a variety of stakeholders: potential customers, partners, investors, employees and in the case of public companies, analysts and the Wall Street. While much of it may seem like an art and almost an accident, reality is that successful product launches don’t happen by chance. A successful launch is as much a science as it is an art. The catch is that you get one chance to make that everlasting first impression.

The relentless pace of innovation and short product life cycles make the launch a make-or-break affair for most products. It could take a company a few months if not years to undo the damage done by a failed launch.

At the 2005 CES, Microsoft’s then-CEO Bill Gates tried to showcase the remote control feature of the Windows Media Center, only to find that even after repeated clicking, the device wouldn’t work. Conan O’ Brien, the host of the event, had a field day taking jibes at Bill Gates. The pain was not over yet. Later, when Microsoft’s program manager tried to demonstrate a personalization feature in a car racing game, the infamous Windows’ blue screen of death showed up. The failed demos did not help the cause of the product at all.

One theory behind the poor showing of Orkut, Google’s social networking platform, is the lack of planning behind the launch. Orkut, named after its eponymous developer, was developed as a 20% project at Google. Unlike other Google products that are launched in an invite-only fashion, Orkut was tossed out directly to the public to see where it sticks. It struck a chord in Brazil and India in a big way but was not heard of in other countries. Very soon due to lack of appeal with the ‘influential’, Orkut lost out to Facebook even in their strongholds. Facebook on the other hand, was launched in Ivy League schools whose students are well traveled and tech savvy. These students became the cheerleaders for the network, making it spread like wildfire.

So, how do you go about successfully launching a product?

Building the foundation for a successful launch

The first and foremost step involves assembling a top-notch team that plans and focuses on the exact sequence of steps leading to the launch. In order to be effective, the team needs to declare a launch date, set expectations for the launch and rally the team towards execution.

As evidenced by the Orkut example, the people that adopt your product very early on determine the fate of your product in a big way. It is imperative that you choose your innovators and early adopters wisely.

According to the innovation diffusion theory by Everett Rogers, there are five categories of actors that are spread across a normal distribution:

Innovations diffuse through the above listed categories of people in a domino-like fashion. One can drive momentum in the adoption process by identifying and converting the innovators first, then the early adopters, all the way through to the laggards. This explains how niche products go on to become blockbusters.

Google launches its major products in an invite-only mode (setting up the scarcity effect nicely). The invitees tend to be opinion leaders and power users of systems whose opinions matter to the general public. By first converting the innovators, they set the ball rolling in the right direction.

Once the target audience is well identified, it is important to further drill down to an ideal buyer persona (Stella, the soccer mom; Rajesh, the college student; Chandra, the CEO) and start describing the person in detail.This process will reveal a lot of key insights that will enable the product launchers to come up with the right message and the authentic voice to connect with the buyer persona.

At times, when the product being launched is very innovative and the target customer base is not familiar with the new concept, product launchers must spend enough time educating the customers. For instance, TiVo’s inability to communicate its value proposition led to the failure of a great product with solid benefits. Had TiVo downplayed the emphasis on technical features and instead focused on narrating a compelling story on the benefits and user experience, it might well have been a different outcome.

This section will be incomplete without a reference to Steve Jobs’ legendary talent in the art of narrating a compelling story. He was not really in the business of selling products or services. He was in the business of selling dreams and compelling value propositions. He was able to capture the essence of a product in simple one-liners. “1000 songs in a pocket” is how he described the iPod.

Step 4. Look for creative ways to cut through the clutter

Unlike Troy’s era where there were no billboards, TVs, Radios, Social Media, we live in a time where blank spaces are a dying breed. Ads of new products vie for our ever-shrinking attention spans and sneak into white spaces that you never thought existed. It is estimated that an average adult today is exposed to at least 5000 ads a day, close to half of them being related to new product launches. So how does one rise above the clutter and leave a mark with a new product launch? Companies traditionally resort to heavy spending on advertising. Unless the buyer personas have been identified and compelling messages are conveyed, no amount of advertising can result in a successful launch. For startups, luckily there are still some innovative options that are available that don’t leave a hole in the wall.

Recently, the CEO of Dollar Shave Club launched a viral video that made the brand known to millions (4.7 million Youtube views as of today).

Step 5. Be prepared to handle the love of your customers

Good news: The launch succeeds beyond your wildest expectations. Customers love you.

Whether a successful launch translates to a successful product really depends on a wide variety of factors. That said, a successful launch is already a battle half won. To sum it up, by blending scientific processes and the art of creating and managing expectations, product managers can script a love-at-first-sight story of Helenic proportions.

The article was originally published on YourStory, read it here.